Subfreezing temps in the U.P. early Tuesday as building high pressure enforces mostly clear skies and diminishing lake effect snow showers. In the afternoon, temperatures warm above seasonal under mostly sunny skies and a southwesterly breeze from 10 to 25 mph.

Then, along the west-northwesterly jet stream come a series of fast-moving systems (clippers) from the Canadian Prairies to keep snow chances in the mix throughout this week, followed by several cooldowns -- including a plunge of arctic air Saturday.

Storms tapering off to a cool, showery spring weekend with sunny breaks 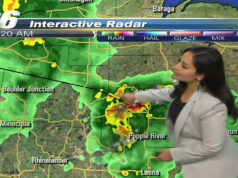